With reduced economic activity, due to the pandemic outbreak, PPP Projects (especially in the transportation sector) will experience considerable revenue growth challenges. In most instances, the vulnerability scope and extent to this force majeure risk were not foreseen in PPPs that rely directly on revenues generated by user fees.

As on March 2020, a total number of 1824 PPP projects worth USD 327 Billion are on different stages of implementation in India. Out of this, approximately 57% of the projects fall under the transportation sector, which in turn, is exposed to maximum risk due to coronavirus outbreak.
This article was prepared from the excerpts of the questionnaire shared by team Vantedge+ with Mr. Radha Krishna Tripathy (RKT). Radha Krishna Tripathy is a Senior Fellow at CUTS Institute for Regulation & Competition (CIRC) and trained PPP professional.

Team Vantedge+: What is PPP & what are the typical characteristics of PPP?

Team Vantedge+: What are the different types of PPP models?

RKT: There are various types of PPP models and these are not necessarily withing defined types like BOT, BOOT, DBFOT or simple management contracts. It can be specifically designed annuity or hybrid annuity models with varying structures depending on the degree of involvement of public sector agencies in the structure from financing to operations.

Team Vantedge+: How would you compare PPP with traditional procurement methods?

RKT: PPPs are a part of public procurement only. While traditional procurements are strictly focused only on the least cost (L1) principle with fixed input criteria, PPPs are more focused on value for money in terms of project output with stringent penalty conditions for non-performance. The payment committed is linked to minimum service guaranteed by the private partner with strict timeline adherence.

Team Vantedge+: Which type of project do you feel is best suited to use PPP?

RKT: Infrastructure Projects are generally divided into two major categories like economic/commercial projects and social projects. While there are many examples of PPP in commercial economic projects such as roads, ports, aviation, telecom, governments are now increasingly focusing on PPP intervention in social infrastructure projects like health, education, water, wastewater and sanitation sector. With SDG 2030 commitment and binding responsibilities on several national governments, social infrastructure projects are now getting the attention of PPP intervention worldwide.

With SDG 2030 commitment and binding responsibilities on several national governments, social projects are now getting attention of PPP intervention worldwide

Team Vantedge+: What do you feel are the key performance indicators in a PPP project?

RKT: Key performance indicators (KPIs) in PPP projects or that of any project should be quantifiable and measurable. The performance of any PPP project varies widely throughout the life cycle of the project. The measurable KPIs include project quality, cost, time and service provided. Generally, all these parameters are benchmarked against set standards and performance are being evaluated on a continuous basis over the established conceptual KPI framework.

Team Vantedge+: In general, what do you think are the critical success factors leading to successful PPP projects?

RKT: One of the most critical success factors for any successful PPP project is the last mile users (people). This is precisely why many new-age PPP projects are based on the concept of people first PPP. Though there are many factors like financial feasibility, stringent due diligence of the project, optimal risk allocation, robust contract design that contribute majorly for the success or failure of any project, the trust factor and genuine partnership of the people are very critical to successfully drive any PPP project.

Team Vantedge+: Are there any Government Incentives being provided to Private Players, investing under PPP mode?

RKT: The term “incentives” should not be used particularly in a PPP project as this is more than a contractual arrangement between the public and private. In a perfect partnership model, public agencies (government or public authorities) should provide all necessary requirements as part of their responsibility. The so-called incentives such as tax relief, timely permits, and financial support in terms of VGF (Viability Gap Funding) are actually tools to get the project rolling on the ground. One should not forget that PPP projects are public assets and services being provisioned by the private partner. 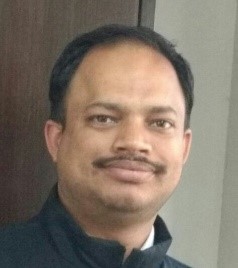 "The so-called incentives such as tax relief, timely permits, and financial support in terms of VGF (Viability Gap Funding) are actually tools to get the project rolling on the ground. One should not forget that PPP projects are public assets and services being provisioned by the private partner"

Team Vantedge+: What are the key factors that you think will drive the PPP Model in India in the coming years?

RKT: As I already said there is not one particular model that fits all for any PPP intervention. The model varies depending on many micro and macro-economic and environmental conditions. In India, majority of the population still lives in rural India. So, any project design should take into account the users' profile, their paying ability, overall acceptance level, etc. Access and equity will be two key factors that will drive the PPP model in India.

RKT: The pandemic COVID19 will have a severe impact on PPP projects. Projects that are already operational will face severe consequences in their O&M and revenue earning. Projects that are already contracted would face severe issues in supply disruption, labor shortage due to lock down and migrant workers displacement. Projects that are in the pipeline, or yet to see financial closure would face severe difficulty in raising funds for the project. The credit crunch is real in the market and funding agencies might not lend at this moment creating a disruption in the complete value chain. The sub-contractors or small contractors will face the heat most. Thus, PPP projects would look for government support in terms of stimulus package, favorable policy, flexible regulations, and mutual beneficial terms at this moment.

Would you like to learn more about the Impacts of COVID-19 on PPP Projects in India?

Team Vantedge+: Govt's Infra push is critically dependent on project preparation and private sector participation - Does this mean that PPP Projects are the only way forward in various sectors for infrastructural development in India?

RKT: "PPP is not a panacea to all the problems the government is facing now". The government will have to spend majorly on social welfare projects such as health, education, sanitation etc. But, yes, for a country like India having more than 130 billion population, neither it has the required funds nor has the capability to scale up to cover the total population and provide them equal access to quality service. The government has to depend on private partners largely on funding and management skills to scale up asset building and provisioning of good quality services. The government needs to prioritize first and come up with certain grading criteria to open up various sectors for large scale private funding through PPP intervention

RKT: No doubt, there is a huge opportunity for PPP players in the healthcare sector starting from the provisioning of primary healthcare to premium healthcare services. Healthcare infrastructure requires not only building of hospitals but also, provisioning of emergency services, ambulance system, and testing facilities. The government has already started the intervention before COVID19 directing states to look for any PPP opportunity in this sector. The process will be accelerating further after COVID19. Aarogya Setu APP is a fine example of PPP intervention in healthcare in India recognized globally.

Team Vantedge+: How would you describe the readiness of PPP implementation with the Indian Power & Infrastructure Sector?

RKT: For power and other infrastructure sectors that are commercially viable (mostly on the users pay model), PPPs are not new to this sector. PPPs are already there in the power sector generation with Ultra Mega Power Plants (UMPP) projects, laying transmission infrastructure, and somehow in the franchisee business of distribution segment. With the new amendment to EA 2003, carriage and content separation might see the light of the day which would further open up the distribution sector to PPP intervention.  With this sector well versed with PPP modalities, the readiness is far better than other sectors. For other sectors, there is an urgent need to spend more on training and capacity building on PPP by the government as there is very less knowledge about PPP at the ground level.

Team Vantedge+: What should be the strategy for risk mitigation for private players involved in PPP projects post-pandemic?

RKT: The good thing is that the government has already declared COVID19 under force majeure which would come to the rescue for many private players to avert any short term impact. But, for risk mitigation and provisioning of the same in the long term, all stakeholders should come to the table and discuss amicably so as to get projects rolling. Unlike other procurement models, this is not a contractor and owner relationship. It is time to help each other to set the process again and not finding fault with one another. The PPP project would require all stakeholders to come and renegotiate the terms and conditions mutually to avert and absorb any shortcomings arising from the pandemic. Government authorities should relax some contractual obligations for the private partner and allow them additional time for project completion. They should not withhold any payments, in fact, they should offer the payment in advance to kick start the process again and any goodwill gesture should be reciprocated by all the parties.

The PPP project would require all stakeholders to come and renegotiate the terms and conditions mutually to avert and absorb any shortcomings arising from the pandemic. Gocernment authorities should relax some contractual obligations for the private party and provide additional time for project completion

RKT: CIRC (CUTS Institute of Regulation and Competition) is a not for profit research organization. It is spearheading the people first PPP concept for sustainable Infrastructure development under the aegis of GISI (Global Initiative for Sustainable Infrastructure). It works with several state governments to develop people first PPP model, particularly in the area of social infrastructure such as health, water, and sanitation. It is also in the forefront of providing good quality training and capacity building for students as well as professionals for niche segments like PPP, Sustainable Infrastructure, competition law, regulation, and IPR, etc. It works with several state government and private parties to develop sustainable PPP models for initiating pilot projects.

Team Vantedge+: Does CIRC have any in-house guidance/practice notes in regard to PPP facilitation?

RKT: Yes, CIRC has designed its in house courses on various aspects of PPP, developed several toolkits, and papers on PPP and sustainable infrastructure. It has also developed several practice manuals for PPP projects under renowned PPP professionals and practitioners. It has a network of PPP experts worldwide and they contribute regularly for developing PPP related course materials as well as training and capacity building knowledge materials.

PPP comes under SDG17 (Partnership for growth), hence attracts global attention towards it. Countries throughout the world are developing several parameters to monitor SDG goals and the focus is towards developing each and every project (both assets or services)  through people-first PPP mode. With changing scenario worldwide and technology disruptions, PPPs are here to stay for long and will drive the world economy, including India.

India, Developing as a Powerhouse for Processed Food – A Snapshot of the Sector

India, May see a Shot up in the Tune of Renewable Purchase Obligation in Coming Years with GOAR-2022 in Picture