Is tariff rationalization key to sustainable future of discoms badgered with losses?

For TANGEDCO either the ACS has not seen the said raise means the truing up of tariff has not been there or the subsidy received tune is dismal clubbed with the inter-state sale of power as well, otherwise the AT&C loss cannot stay at 13.4% only. Let’s shift the focus from Tamil Nadu to Uttar Pradesh, which fits in exactly to the discussed analogy i.e., an ACS –ARR gap of ₹ 0.66/kWh with AT&C loss levels over 42%. While truing up is an issue that has some regulatory binding apart from obvious political will, what we can work onto is a progressive manner in improving upon the rationalization structure of power tariff in India under a phased manner. This shall lead to a building opportunity loss for discoms as the market distributions have already pushed the C&I consumers bearing a cross-subsidy burden of close to ₹ 80,000 Crores. The National Tariff Policy 2016 puts limits on cross-subsidies at 20% of the average cost of power supply. This, however, is far from application in the country as there are certain facts that show otherwise.
While the cost of power supply at the national level is around ₹6 per unit, average tariffs for commercial and industrial users are higher by 52% and 23%, respectively. On their part, domestic and agricultural consumers pay bills at rates 27% and 87%, respectively, lower than supply costs. 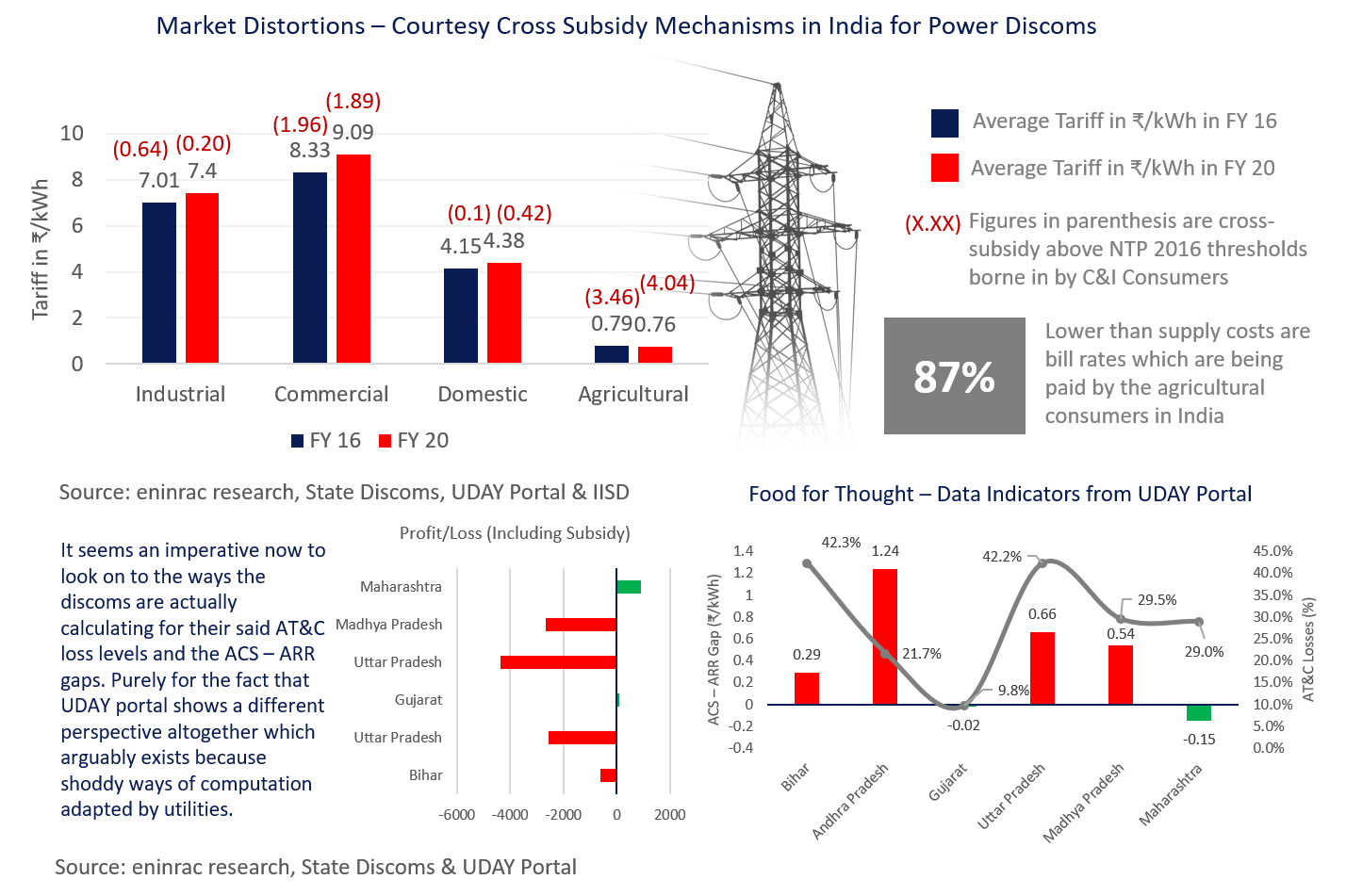