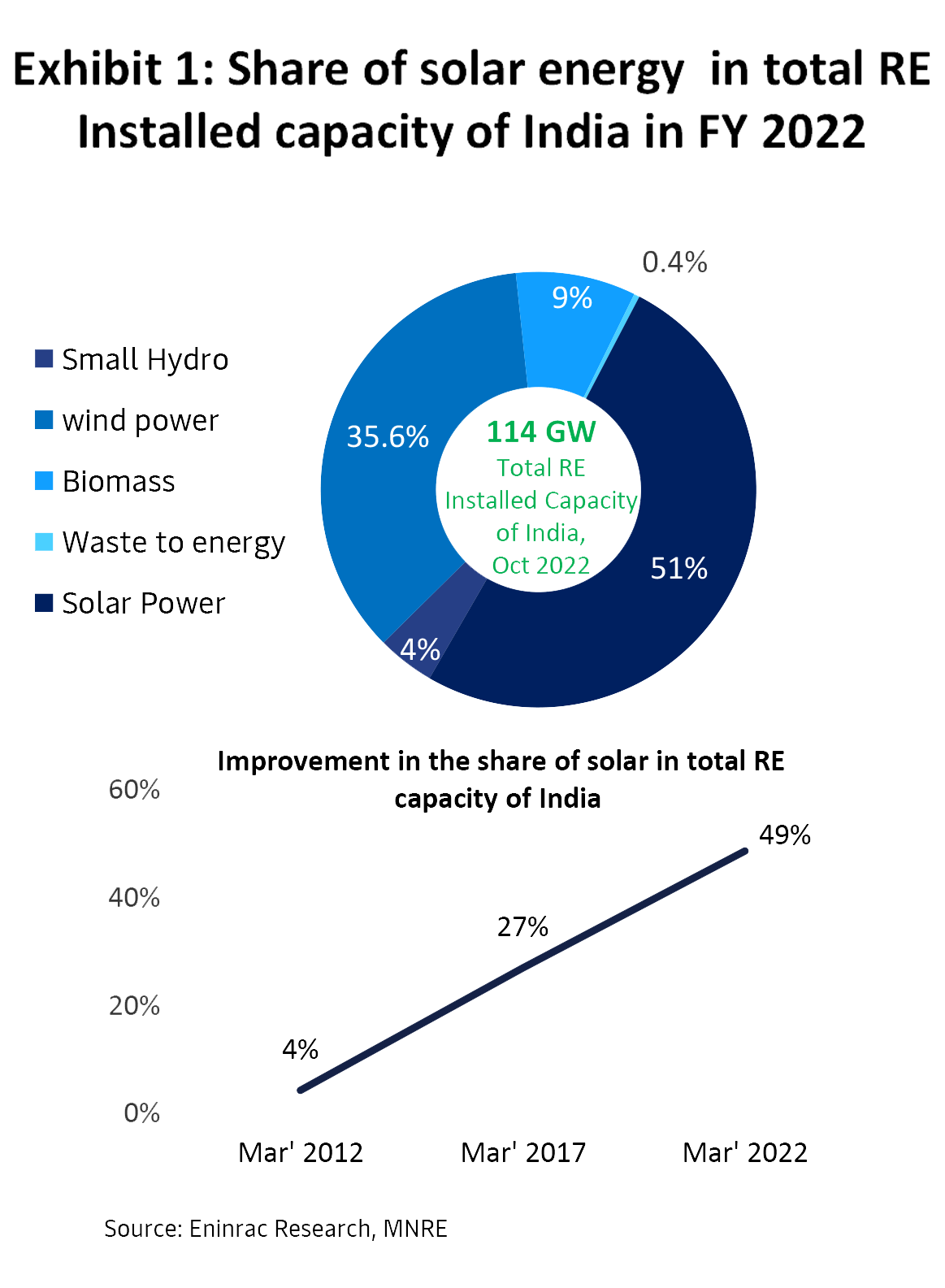 The transformation that solar energy sector has witnessed in India over the last decade has been purely due to the impetus given by government of India (GOI) with aggressive capacity targets, dedicated policies and regulatory support. For example, the ambitious target of 280 GW of solar capacity has been set to be achieved till 2030, which means 5 times growth in the solar installed capacity in coming seven years from now. 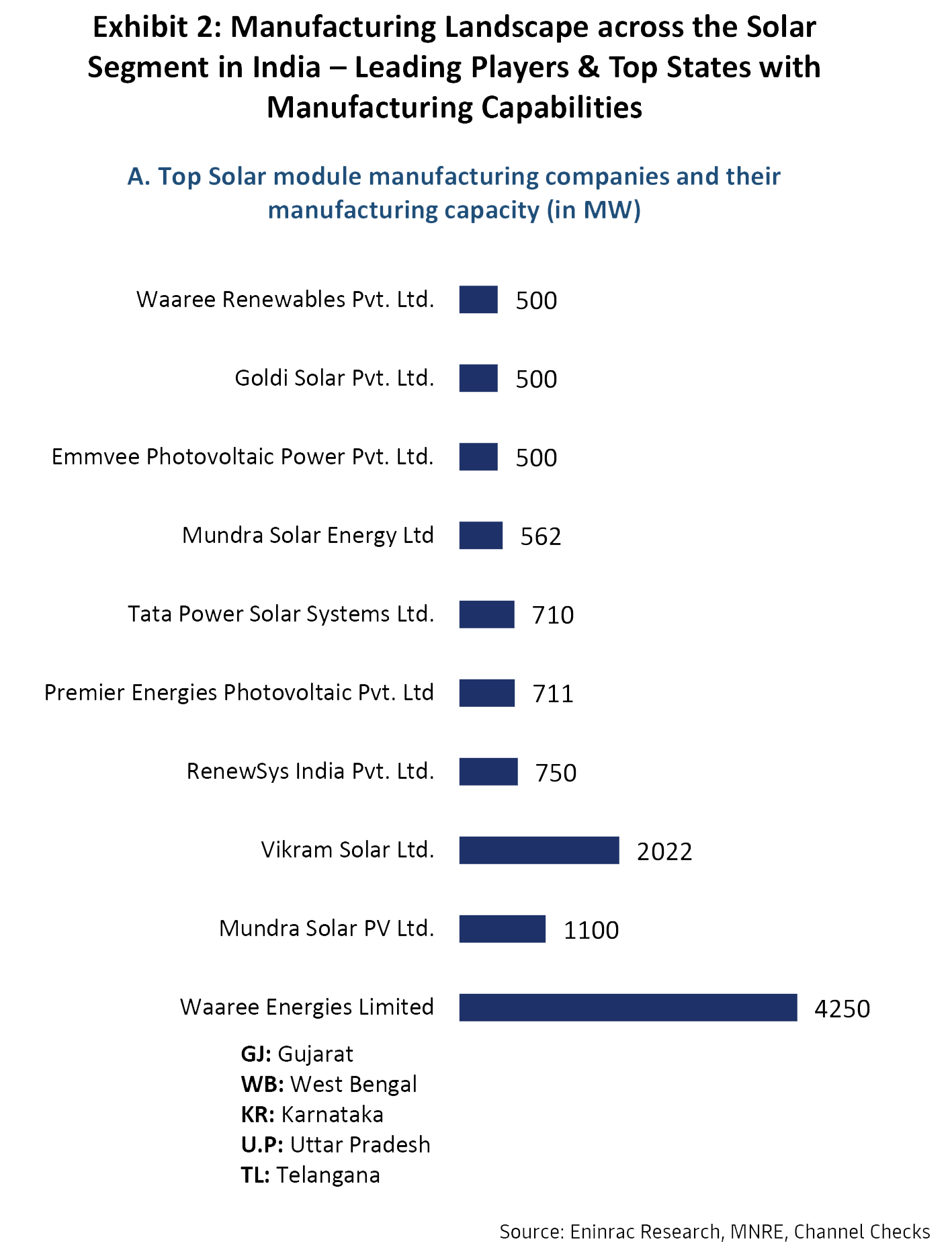 This anticipated growth in capacity addition clearly indicates an expansive upcoming business opportunity for the entire solar value chain in India, especially manufacturing. GOI has already initiated the steps to boost the domestic solar manufacturing in the form of Production Link Scheme (PLI).
To establish a larger manufacturing base for solar PV modules, an allocation of  INR 19,500 crore (Tranche II) for PLI for manufacturing of high efficiency modules, with priority to fully integrated manufacturing units from polysilicon to solar PV modules, has been announced in the Union Budget 2022-23, on 1st Feb 22.
Lately in Sept. 22, SECI has also floated a proposal for inviting the bids under the desired scheme. It is anticipated that the PLI scheme shall lead to an installed manufacturing capacity of 65 GW per annum (Tranche II) in India. It is important to note that the total domestic capacity for manufacturing solar modules in India is about 20 GW, of which 13.3 GW has been enlisted in ALLMM. The current capacity of manufacturing solar cells in the country is around 4 GW.

Abundance of solar resource potential (784 GW ground mounted), advancement in solar modules technology globally, falling solar power tariff and supportive government policies etc. can be seen as some of the key factors that have gained attraction from the industry players time to time in India. Having said that some of the major reasons that have transformed India’s solar energy space within a time frame of 5-6 years are –(1) More focus on large solar capacities, in the form of developing solar parks and solar UMPPs- an ambitious target to setup 40 GW of Utility scale solar power projects by end of FY 2022. Of this total targeted capacity, nearly 10 GW has been commissioned so far. This scheme attracted investment from industry giants such as Adani. It is significant to note that of the total awarded solar park capacity in India, 1750 MW has been allotted to Adani, of which 849 MW has been already commissioned in the Rajasthan. (2) Grid Connected Solar Rooftop Programme– under this scheme a cumulative capacity of 40 GW from solar rooftop projects was set to be achieved by end of 2022, which has now been extended to be achieved by 2026.

(3) Green Open Access regulation- Under this scheme, The reduction of Open Access Transaction limit from 1 MW to 100 kW and appropriate provisions for cross-subsidy surcharge, additional surcharge, standby charge, will incentivize the common consumers to get green power at reasonable rates. (4) Increased target of solar RPO- A significant jump in the solar RPO targets has also pushed the development of solar energy across the Indian states. It is important to note that the solar RPO target increased from 2.7% in 2016-17 to 10% in 2021-22. For year 2022-23 it is fixated at 23.4% and is further anticipated to increase to 33.5% by year 2029-30.