COVID - 19 Outbreak to tumble pace of Renewable Capacity Addition - Will Rooftop Solar to be Worst Hit?

The outbreak of Coronavirus has hit the global supply chain, and this shall delay the commissioning of solar rooftop projects resulting in cost overruns which is expected to be 20-30% higher than initial project costs.

This article was prepared from the excerpts of the questionnaire shared by team Vantedge+ with Mr. Hiten G. Parekh (HP). Mr. Hiten is Chief Business Officer of leading Solar Rooftop EPC,  Solar Square.

Team Vantedge+: How long will it be until battery-powered vehicles replace those powered by the internal combustion engine?

HP: The new order is a good step and will see a drastic improvement in new installations as viability increases. Grid support charges would otherwise have to be paid to Maharashtra State Electricity Distribution Company Ltd. (MESDCL) as infrastructure cost of the grid (built through public money) and to avoid additional tariff burden on non-solar consumers. This needs to be replicated across other states.

Team Vantedge+: The outbreak of Coronavirus has hit the global supply chain, and since most of the plant components are imported from China, the projects will face delay in implementation resulting into cost overruns. How solar rooftop players are going to absorb the financial burden and meet their additional working capital requirements?

HP: Smaller rooftop players don't have the financial capacity to bear losses or meet extra working capital requirements. They are also unlikely to get any financial assistance from the government or banks. Hence it is quite likely that small companies may go bankrupt or exit the business all together because of the current lockdown.

Team Vantedge+: Since most of the solar rooftop companies are small-sized and lack financial stability to absorb the losses, can merger & acquisitions pave the way out for small-sized developers?

HP: Market consolidation could be seen. Mergers and acquisitions could emerge as a viable option for developers.

Market consolidation could be seen post COVID 19. Mergers and acquisitions could emerge as a viable option for Solar Rooftop developers.

Team Vantedge+: Government allowed developers to use solar equipment of their choice till September 2020, will this result in increased use of domestically manufactured components or the developers will rely on imports only resulting into delays further?

HP: The domestic solar manufacturing industry in the country is just above 2 GW, which is reasonably insufficient to cater to the local needs. However, with recent restrictions being introduced to curb imports, there would be an increase in interest towards domestic procurement, but the discovery of tariffs would be at relatively higher levels. Imports would continue to relatively cheaper, but with the passage of time, the traction for domestically manufactured components shall increase.

Team Vantedge+: What opportunity does that domestic manufacturers in the solar industry hold for future in India, given the current situation?

HP: There has been a renewed interest in setting up Ultra Mega Renewable Energy Power Parks (UMREPPs) with SECI, NTPC and other state governments making announcements to come up with huge capacity. The process is advancing to achieve the 450 GW renewable energy target set for 2030 by the government to move to a greener economy. As part of the bigger plan, MNRE has also recently improved and modified its guidelines for the development of solar parks and ultra solar mega parks. The ministry has now included a new model called Ultra-Mega Renewable Energy Power Parks (UMREPPs). Under this model, the following implementation arrangements are issued:

These utility-scale projects will go a long way in revealing the success story of renewables in India. Ultra Mega Solar Parks have been the government’s ambitious plan and much-needed policy intervention and effective regulatory landscape have been provided to the developers. The recent policy amendment is a step in the right direction.

Team Vantedge+: The outbreak of Coronavirus has hit the global supply chain, and since most of the plant components are imported from China, the projects will face delay in implementation resulting into cost overruns. How solar rooftop players are going to absorb the financial burden and meet their additional working capital requirements?

HP: Earlier this month India’s Director-General of Trade Remedies (DGTR) recommended that the safeguard duties on solar imports, due to expire at the end of this month, be extended for a further year. This would be levied at 14.9% for six months, falling to 14.5% for a further six months, whilst being expanded to include both Thailand and Vietnam. At present, the safeguard duty stands at a flat 15% rate on imports just from China and Malaysia. However, the matter is complicated further by previously announced plans to implement a new Basic Customs Duty (BCD) on solar effective from August 2020. This would stand at between 20 – 25% for solar modules and 15% for solar cells, increasing to 40% and 30% respectively next year. Such a hit would stand to significantly increase project costs, alter the trajectory for solar tariff rates in India and jeopardize project pipelines.

The result could be a large number of project cancellations, with tariff rates becoming too low to cover project costs, rendering them financially unviable. There are also concerns that the imposition of such duties would be “largely insufficient” in their aim of stimulating domestic manufacturing, given that the country still imports a substantial majority – around 80% – of solar equipment from manufacturers based in Malaysia and China. 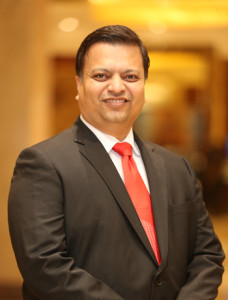 "New Basic Customs Duty (BCD) on solar effective from August 2020 would result into a large number of project cancellations, with tariff rates becoming too low to cover project costs, rendering them financially unviable"

Team Vantedge+: What can be the mitigation strategy for Solar Power Developers to cope up with the challenges faced by the Gid due to steadily increasing distributed generation?

HP: Virtual Solar Power Plants in India (VPP): The steadily increasing distributed generation (especially in the form of the solar rooftop) is bringing in a different set of challenges that need to be addressed. In terms of distribution, there are limits on the total amount of electricity that can be injected into the grid at one-point owing to the transformer capacity at that location. Other grid-related issues such as effect on voltage control, quality of power, grid protection issues, forecasting and scheduling issues are other factors that have to be taken care of. Today, even at a minuscule penetration of solar rooftop in the grid (~0.15% of the total power consumption) in various states, Discoms are facing problem in handling the solar generation.

This makes VPP a highly relevant solution in the Indian context. The government has also taken up several initiatives with the vision of upgrading the current electricity grid to future-ready smart grids. From the formation of the Indian Smart Grid Forum (ISGF) and Indian Smart Grid Task Force (ISGTF) to unveiling the National Smart Grid Mission and pilot project implementations, India is paving way for a phenomenal transformation. These initiatives aiming to bring automation in the grid can form the base for deploying the VPP solutions in India. Following is a brief review of Indian policies and regulations that can potentially affect the development of VPPs in India: